Alcohol Consumption and Cancer : The Facts 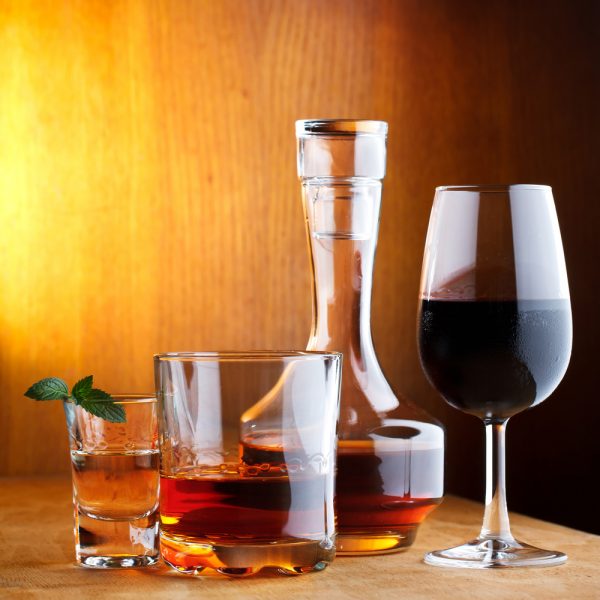 Introduction
Alcohol is a psychoactive substance with dependence-producing properties that has been widely used in many cultures for centuries. The harmful use of alcohol causes a large disease, social and economic burden in societies. Alcohol causes as much harm as smoking and hypertension.

While moderate alcohol use may offer some health benefits, heavy drinking — including binge drinking — has no health benefits. Alcohol use has been linked to several types of cancer and other health risks, but this is complicated by the fact that low-to-moderate alcohol intake has been linked with a lower risk of heart disease. Still, lowering the risk of heart disease is not a compelling reason for adults who don’t drink alcohol to start.

There are many ways to reduce heart disease risk, including avoiding smoking, eating a diet low in saturated and trans fats, staying at a healthy weight, staying physically active, and controlling blood pressure and cholesterol.

The incidence of cancer is increasing globally. Every year, cancer claims the lives of more than half a million Americans. Cancer is the second leading cause of death in the United States, exceeded only by heart disease. One(1) of every four(4) deaths in the United States is due to cancer. The lifetime risk of developing cancer in an American Male is one(1) in two(2) and one(1) in three(3) for a female.

Though the exact burden of Cancer in Nigeria is not known due to many reasons among which are most studies are hospital -based and not population based; low utilization of hospitals and a preferred use of alternative medicine; under reporting, inaccurate population statistics, etc; in 2008 , there were 12 .7 million cases and 7 .6 million cancer mortality with Nigeria accounting for more than 10 ,000 cancer deaths and about 250 , 000 incidences are recorded annually.

Based on extensive research evidence, there is a strong association between alcohol drinking and the development of certain cancers. The evidence reveals that the more alcohol a person consumes over time, the higher their risks of developing an alcohol associated cancer. This is particularly determined by the amount of alcohol consumed regularly over time.

There are various mechanisms by which alcohol use increases the risks of cancer. Metabolism of alcohol to acetaldehyde which is a toxic chemical and a probable human carcinogen capable of damaging cell DNA and protein; generation of reactive oxygen species that damage DNA, proteins and lipids by a process of oxidation; impairing the body's ability to break down and absorb nutrients like Vitamins A, C,  D,  E, and B complex vitamins e.g. folic acid etc that are important in cancer protection.

Alcohol can act as an irritant, especially in the mouth and throat. Cells that are damaged by alcohol may try to repair themselves, which could lead to DNA changes that can be a step toward cancer. Also, alcohol increases blood estrogen levels this increasing the chances of developing breast cancer. Again, Alcohol may help other harmful chemicals, such as those in tobacco smoke , enter the cells lining the upper digestive tract more easily. This might explain why the combination of smoking and drinking is much more likely to cause cancers in the mouth or throat than smoking or drinking alone.

Clear patterns have emerged between alcohol consumption and the development of these cancers : head and neck cancers, esophageal cancer, liver cancer, cancer of the colon and breast cancer. Particularly, long-term alcohol use has been linked to an increased risk of liver cancer. Regular, heavy alcohol use can damage the liver, leading to inflammation and scarring. This might raise the risk of liver cancer.

Even a few drinks a week is linked with an increased risk of breast cancer in women. This risk may be especially high in women who do not get enough folate in their diet. Cutting back on alcohol may be an important way for many women to lower their risk of breast cancer.

For cancers of the prostate, ovaries, pancreas, stomach, uterus and bladder studies show either no association with alcohol use or the evidence seen was inconsistent amongst studies. Interestingly, for Renal Cell Carcinoma (cancer of the kidneys) and non-Hodgkin's Lymphoma— a cancer of white blood cells, multiple studies have revealed that intake of alcohol is protective. The mechanism by which alcohol intake decreases the risk of developing either of these two cancers however is not known.

As part of its guidelines on nutrition and physical activity for cancer prevention, the American Cancer Society recommends that people who drink alcohol limit their intake to no more than 2 drinks per day for men and 1 drink a day for women. The recommended limit is lower for women because of their smaller body size and because their bodies tend to break down alcohol more slowly. These daily limits do not mean it’s safe to drink larger amounts on fewer days of the week, which can still lead to health, social, and other problems.

It is also notable that stopping alcohol consumption is not associated with an immediate decrease in cancer risk, instead it may take years for the risks of cancer to return to those of never drinkers.
Hence it is advised that non drinkers should not start consuming alcohol and those who use alcohol should limit intake to the recommended daily limit or stop totally as the benefits of non-consumption clearly outweigh the risks.