Rethinking our Apologetic: Explaining our Faith to Sceptics. By Okunrotifa Adedayo 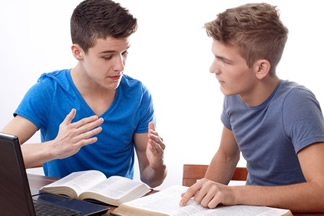 Introduction.
A prominent Atheist, or should I say, an ‘anti-christian’ i know posted a photo that had this portion of  scripture on his wall on facebook.

Deuteronomy 23:13-14 “And when you relieve yourself ,dig a hole and cover your excrement so that God will not see among you anything indecent and turn away from you.

Then, he captioned it with this comment: "unholy Shit (Feaces). Many bible readers have never considered this part and many Christian don’t practice this even in their villages. Don’t let your God see your shit or he will turn away from you, imagine a holy God your shit can turn away, ha ha ha. Plus, how can one hide something from a god that is supposed to be everywhere and knows everything? Silly bible writers!"

His comment got Christians responding, and to my amazement, instead of bringing light to the him, so he might understand (even if he doesn’t want to agree, at least it will get him to shut up) they chose to give some stereotypic replies like  “you will go to hell,”  “You will perish”  etc.

There I stood observing and wondering, the response in my heart was, "what is the meaning of all this? Who send una dis one like this, explain Bible to him and stop all these one jare" (forgive my pidgin English).
Believers are Ministers of the Gospel (2Cor5:18) and the Gospel explains and reveals God to men; it does not reveal  a part or an aspect of the nature of God. IT REVEALS THE NATURE, CHARACTER OF GOD.

Recognising our Role as Apologists

We, believers, are apologists of the Gospel; the Gospel explains the nature of God to man. We ought to, as Ministers, defend the Gospel (the explanation of God) very well. When I say defend, don’t think I mean with fighting or violence: it is with words, explaining rightly with words the word of God. That is why we must give ourselves to the thorough study of scriptures.

2 Cor 10:3-5 For though we walk in the flesh, we do not war after the flesh: (For the weapons of our warfare are not carnal, but mighty through God to the pulling of strongholds;) Casting down imaginations, and every high thing that exalteth itself against the knowledge of God, and bringing every thought to the obedience of Christ.

The warfare Apostle Paul was referring to here, which is mighty through God to pull strongholds, is Preaching and Teaching the Gospel.  (From the context, strong holds are thoughts, human reasoning, imaginations, idiosyncrasies that are not consistent with the Gospel; Paul calls the Gospel in verse 5, “the knowledge of God”).

The New Living Translation puts our text this way: We are human, but do not wage war as humans do. We use God’s mighty weapon, not worldly weapons, to knock down the strong hold of human reasoning and to destroy false arguments. We destroy false arguments. We destroy every proud obstacle that keeps people from knowing God. We capture rebellious thoughts and teach them to obey God.

The great commission in Matthew 28:19 involves teaching, hence, we have been given the ministry of preaching and teaching the Gospel.

In answering Men, we have to be spiritual and intelligent because these men are intelligent. What do I mean? A wise man once said, “Being spiritual is not an excuse to suspend your brain.” This means that being a Christian doesn’t translate to being unintelligent. The Gospel can be presented with intelligence especially when dealing with an intelligent audience.

Col 4:5-6  ...walk in wisdom to them that are without, redeeming the time. Let your speech be seasoned with salt, that you may know how ye out to answer every man.

Walking in wisdom with unbelievers here is an instruction, which is important when it comes to the Gospel.

When they engaged Paul, his response wasn’t like the ones we see today, namely, “You are going to hell” and the likes. He gave them the answers they needed. How did he do it? He presented the Gospel to them very intelligently.

Remember, from the text, they believed a God existed but, did not have knowledge about him or how to worship him (17:23). His response to them was, I have come to declare (Reveal) God to you. In his sermon, Paul carefully, intentionally and intelligently didn’t mention or quote verbatim the scriptures in convincing them about God and the Gospel.

Though his message was the Gospel from scripture, but because of the audience and the fact that they weren’t conversant or probably do not even subscribe to it, he didn’t use words like, "just as it is written", "Abraham said", etc; he left that out intelligently to get to them.  I can liken it to convincing a present day atheist, who doesn’t believe in the Bible, about the existence of God.  You’d agree that making your arguments with “the bible says” would be less appealing to the audience.

Back to the Passage, Paul even used words of a pagan poet from that location in his message just to appeal to them (17:28).
In presenting the Gospel, you have to be wise and intelligent

Let’s have this scenario, One presents the Gospel to an unbeliever, and he says, " in my religion we believe Jesus was a prophet, so I believe Jesus was a prophet".
Now, this should not affect or offend one at all. Personally, I will agree with him that Jesus was a prophet because in a sense he was .If you are wondering why, Jesus was called a prophet so many times in the scriptures, but I know he was greater, more than a prophet.  This won’t affect me because I want to appeal with him, but when I am done with convincing him, he’d know who Jesus really is.

Therefore, I allowed that to evade friction of communicating and receiving the Gospel.
Let it be clear, it is our job as Christians to defend scriptures. Don’t say God will touch his heart. You are the one God wants to use to touch his heart. Like we have seen from 2Cor3:10-15,God wants to use your preaching and teaching to bring him to the obedience of Christ.  The message in your mouth is God’s mighty weapon.

I know people that study about other religions, they even dress, pray, behave like them so as to help them approach and present the Gospel to them. Some search for the questions those Atheists ask in order to have answers to them, all just to win them.
The essence of this epistle is this: Instead of coming up with terrible answers or silence when you are asked about your faith, give yourselves to prayer and diligent study of the word, so you can answer every questions that come your way about the bible, God and the Gospel.  Men will always ask questions, Jesus gave answers, Paul, Peter did so too, so did the other Apostle; you should not be and exception.

Finally, remember, don’t be a Christian that cannot give the right answers when questioned about the faith. Thanks.